Are you confused about different types of brick bonds and hard to identify? Not anymore.

The reason for the confusion is, we all assume that every brick bonds are distinguished from others.

But the reality is, there are only 3 basic bonds.

The others are the extension of the same bonds according to the need.

Identifying the brick bonds based on our need is the essential step for estimating the accurate (not actually) quantity. We can learn this in upcoming posts.

Brick bonds are actually identified by their faces.

Let’s familiar with that faces. 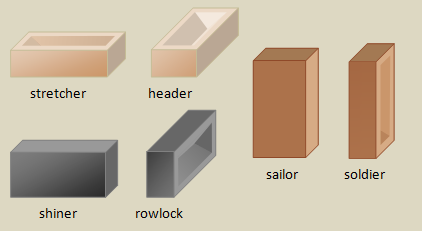 Are you able distinguish this? Then move on

To identify any type of brick bonds examine the first three bricks used in the alternative courses.

If you see only stretcher face in all the courses then it is stretcher bond (as easy as that). Half bricks can be used in every alternative course like shown in below

English bond is a stronger bond.

If you see the first three bricks on the alternative courses as,

Quoin closure normally placed very near to the sides of doors or piers.

Mind Tip – To identify the English and their extension bonds, look at the second course, If you see Header, Closure & Header (HCH) model then it is English Brick Bond.

As we said earlier, you can identify the English bond extension by examining the first three bricks on the second course as HCH (Header, Closure & Header).

If the stretchers are used in consequent courses for a number of times (3,5,7) and then followed by header course then it is English Garden Wall Bond.

If it is used 5 times consequently then it is known as Scottish Bond.

If it is used 7 times consequently then it is known as American Bond. 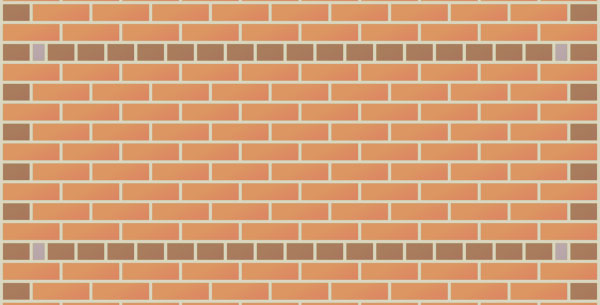 But in general, all these are referred as English Garden Wall Bond.

The reason – We all know that all the bricks are not manufactured exactly the same. Some looks bumped, if we placed lots of headers in the course it will look bumped on the rear. To give a smooth rear appearance this type of brick bonds will be used.

We know by the name English, it has Header, Closure & Header (Mind Tip). If you see the Cross as shown in the picture. Then it is English Cross Bond.

Unlike the English Bond, every alternative course in the stretcher we have one header as shown in the picture. You can identify this bond by the plus sign (highlighted in Blue)

The Difference between English and Flemish Bond

Many people confused to distinguish these two bonds.

If you see HCH (Header, Closure & Header) model in alternative courses then it is English Bond

If you see HCS (Header, Closure & Stretcher) model in alternative courses then it is Flemish Bond

Flemish bond is the most attractive bond.

You can identify the bond type by examining the alternative courses or by the first three bricks on the same course.

Flemish Brick Bond has Header, Closure & Stretcher (refer the image), in the same course. The closure will be placed up against the corner of the door or openings.

Mind Tip – To identify the English and their extension bonds, look at the second course, If you see Header, Closure & Stretcher (HCS) model then it is Flemish Brick Bond.

Like said before, the Flemish bond has Stretcher, Header & Stretcher Model. It is also known as Sussex Bond.

In Flemish Garden Wall Bond, instead of having 1 stretcher & 1 header, here we have 3 in 1, 3 stretchers and 1 header. It is also called balanced bonding. You can see that by the model (refer the image)

Like Flemish garden wall bond, it is also the variation of the flemish bond, but unless 3 in 1 ratio, we 2 in 1 ratio.

We call it as special bonds because we don’t use this often. We use it only for the aesthetic purpose.

As the name suggest, it staked diagonally as shown in the picture. 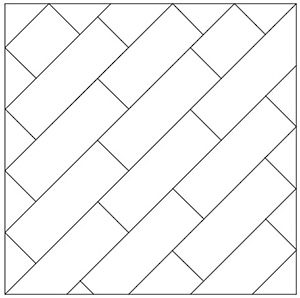 Again as by the name, it will be raked in a zig-zag manner as shown in the picture.

As shown in the picture, these brick bonds compromises of two sailors laid side by and capped with shiner.

Be familiar with faces with above to understand the bonds.

As shown in the picture, these brick bonds compromises of two sailors laid side by side topped by two shiners.

We hope now you are able to distinguish the bonds much quickly.

Don’t lose heart if you can’t identify them by the first attempt. It will be easy when you use it more.